Modified Response of the Original Filter

Sometime after completing the Progressive Receiver I got to thinking about a couple of areas of the original design that, when built, did not appear to perform as I had expected from them to so I decided to have another look. The first one to revisit was the 40 metre bandpass filter without the dual gate MOSFET amplifier. It had a 'knee' in frequency response just above the desired passband response. It's not really a big issue, in fact it's quite normal when cascading two filters, however the other bands did not have the same knee so I wanted to investigate. I simulated the LPF section of the filter in Elsie and noted that the point in the roll-off was well above the bandpass filter's upper roll-off as can be seen by looking at marker 3 in the top right photo. The LPF was rebuilt with the 3dB point around 7.5MHz then retested. The improved filter response is shown in the photo at the bottom left. This is what I had expected to see when I first built the filter. The trade-off is a bit more insertion loss. Further testing will be done with the board fitted into the radio.

The updated component values in the circuit below

The VFO as built had a significant amount of distortion on the output waveform which contributed to increased harmonic output. I had a spare VFO board so had another look at it to investigate the cause of the distortion.

Waveforms from the original VFO above

Waveforms with dual gate MOSFET's  source resistor bypassed and gate 2 bias changed to 50% of Vcc. This has improved the waveform again and harmonic levels have been further reduced. The output power is much greater than the required +7dBm but this could be adjusted with a simple resistive attenuator. I need to check the power dissipation of the MOSFET to assure its ratings are not being exceeded. 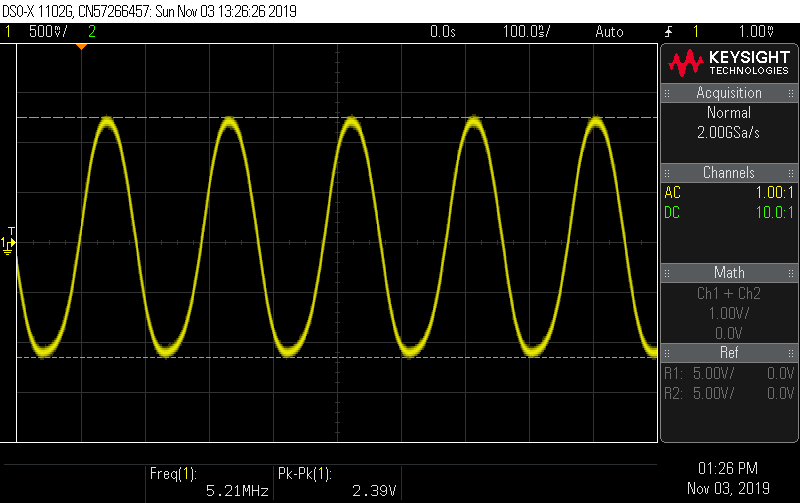 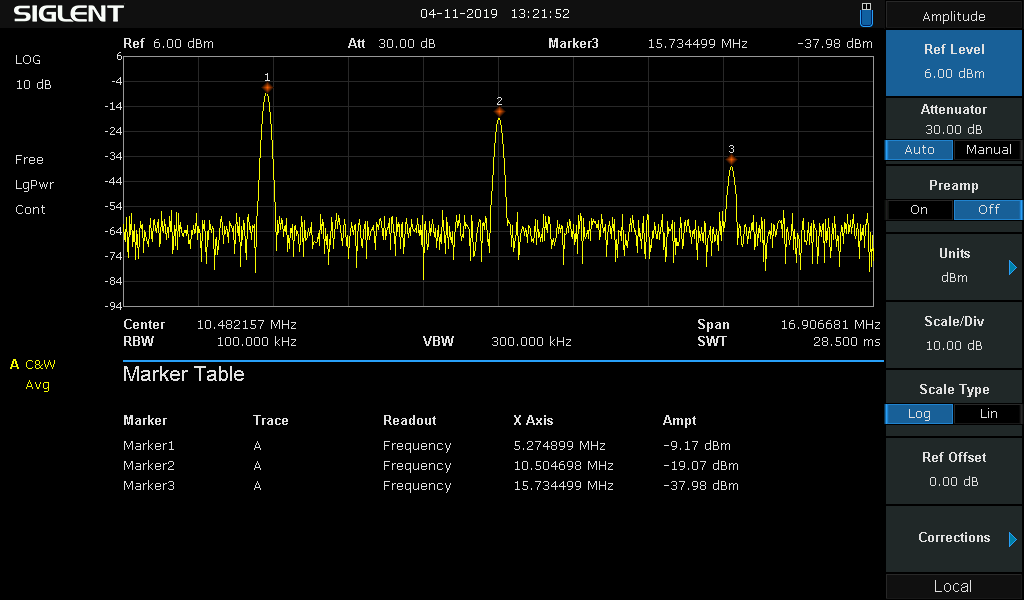 When testing the 15 metre band filter & pre-amplifier, I noticed it had approximately 4dB less gain the 10  metre band board and 4.5dB less than the 20 metre band board. The front end filters for all bands above 40 metres have the dual gate MOSFET RF amplifier included. It's noticeable that  when switching between bands (no antenna connected) that the noise level on 15 metres is less than on the 10 and 20 metre bands. I suspect the difference may be due to a low gain dual gate MOSFET so I'll replace it ASAP and review the results.